The Day Before Disclosure (video)

What if we were not alone? What if the hundreds of thousands of people claiming to have seen unidentified flying objects, in fact had been witnesses to extra terrestrial spacecraft?

What if the thousands of people all over the world who tell about their encounters with alien beings through friendly contact or even forced abductions, were actually telling the truth?

What if our governments had known about an ET-presence for more than half a century, if they were in possession of alien technology that had the potential of changing how our world is run, and they chose to keep the public in the dark through a campaign of informational suppression?

What if that campaign acted as a chain around the ankles of humanity, keeping us from rising to a whole new level of consciousness and understanding of our selves, our planet and the universe around us?

And what if that campaign ended tomorrow?

The Day Before Disclosure is a film documenting the growing awareness and the build up to what can potentially be the single, most important event in human history - the day the UFO and ET presence becomes a world wide accepted reality. This is the story of the witnesses that was laughed at, the researchers and reporters that wasn't believed and the governmental and military personnel that were sworn to silence.

A story that alters the foundation of everything you thought you knew, and takes you along for a ride all the way from the darkest abyss of living nightmares, through to the brightest hope for the future of humanity.

This is the greatest story in human history.

Please support the work of Paradigm Films and buy this DVD.

Help pushing the dislosure of the UFO and ET presence and inform your friends, family, media and governments with this film. 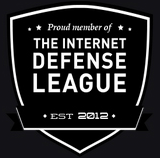